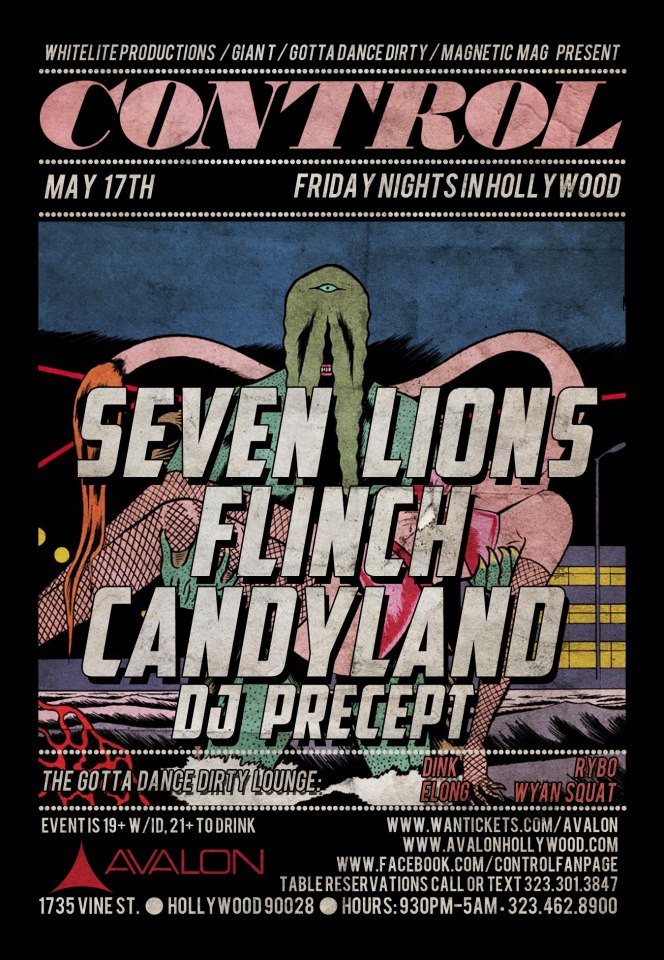 The flourishing dance music maestro, Seven Lions, announces his first headlining Los Angeles gig at the historic Avalon Hollywood on Friday, May 17th with Flinch, Candyland, and DJ Precept. As a producer of the new generation, Seven Lions continues to thrive in an increasingly competitive industry by deviating from the status quo with his authentic artistic motivations. In addition to his landmark Los Angeles gig, he will be showcasing his inimitable talent at upcoming world-renowned festivals such as Electric Daisy Carnival New York, Global Dance Festival, and Camp Bisco. Also, with his other promising plans that have yet to come to fruition, there is no doubt that Seven Lions will remain as an auspicious contender to be the next global music phenomenon. Buy tickets for Seven Lions at Avalon Hollywood (5/17) here:http://bit.ly/144axuJ.

Seven Lions is currently one of the most truly innovative and sought-after producers in all of dance music. His powerfully emotive sound and sheer technical prowess has led him to his widely-successful Days To Come EP release (Beatport #1, iTunes US #2) on Skrillex’s OWSLA label, numerous official high-profile remixes for the likes of Above & Beyond, Paul Van Dyk, Matrix & Futurebound and others, as well as several other forthcoming collaborations with some of the industry’s most influential, top-tier artists that cannot be named at the moment. Additionally, he recently made his Ultra Music Festival debut and he was the main support on Porter Robinson’s sold-out Circle Assembly tour earlier this year. Seven Lions’ unique ability to move listeners not only aurally and physically, but also spiritually, geniunely makes him one-of-a-kind.

In celebration of this show, Seven Lions will be releasing a new song, “Fever,” on Friday, May 17th. Stay tuned!