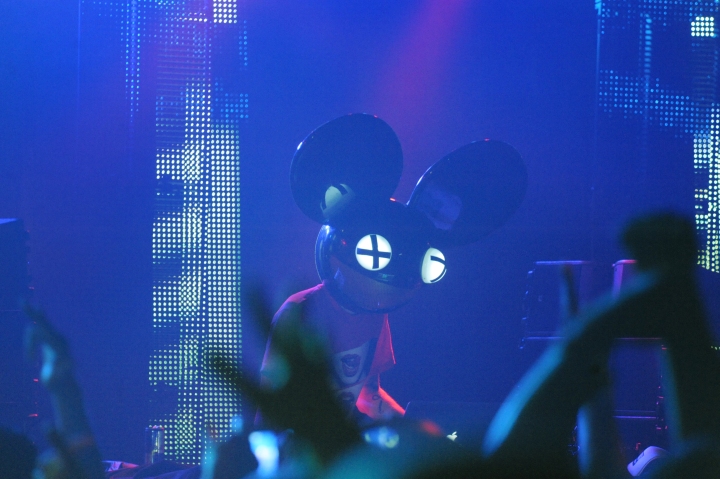 Just days ago Joel Zimmerman, or better known as his stage name Deadmau5, performed what might have been his most anticipated set to date.  It all started just a few weeks ago, when Deadmau5 played a sold out show at South Beach’s trendy Club Mansion, and to his disgust was angered by the fact that many individuals in the front row of the club were glued to their smartphones rather than being into his performance, while his ‘true fans’ were stuck in the back.  Angered by this, reports even state that Deadmau5 ended his set early and he took to Twitter and Instagram to declare “I won’t be playing any more Miami clubs.”

Just days later in an effort to save Miami’s reputation, Club Space intervened and wrote a letter to Deadmau5 acknowledging his frustrations and extending him an invitation for Miami to redeem itself.  They offered to fly Deadmau5 out with a $25,000 budget, put him in a 5 star hotel of his choice, and throw a free show at their legendary club venue for all his fans.  As quickly as Club Space posted the letter, Deadmau5 responded that he was in, and just needed to be advised of the date.  The show was originally set for Club Space, but because of space capacity it was moved to their sister venue, The Ice Palace which holds a comfortable 4,000 attendees. Registration for the free tickets, which had a fee of $1 that was donated to the Miami children’s hospital, went on sale January 28th and sold out within 1 minute.

The big day had finally arrived, and thanks to Vanessa over at GFE management, who provided 2 guest passes to the sold out show, I was able to experience this most anticipated show.  When I arrived the lines to get in were around the block, as eager fans waited to get searched, and have their tickets scanned.  Many fans were standing outside the venue trying to buy spare tickets off people as they walked to get in line, and because I had went to the show alone, I decided to help a fellow fan out.  I saw an older male standing alone asking for tickets, and asked him if he needed a ticket.  When he replied that he did in fact need a ticket, I responded by saying it was his lucky day, and that I was going to get him into the show. We walked right in, bypassing the long line, and security, thanks to the guest passes.  As we entered the Ice Palace, he offered to buy me a drink for the gesture, and then we parted ways.  Deadmau5 went on just a little before 1am which led me to believe that he was going to play a short set, however, to my disbelief, he went on to play until the venue closed at 5am.  Out of several times that I have seen Deadmau5 perform, this is definitely his longest set.  His set which included ‘FML’ as his opener, ‘Sometimes Things Get Complicated’, ‘Ghosts n Stuff’, to closing with the hit classic, ‘I Remember’.  Stopping 2-3 times during his set to exchange a few words with his fans, Deadmau5 seemed to be enjoying playing for his fans, even jokingly saying he was tired halfway through his set, then exclaiming he’ll go until 5am.

Overall, it was a great show, in which Deadmau5 himself took to Twitter shortly after his set at 5am and posted … “Miami has redeemed itself. Yay! Good times.”