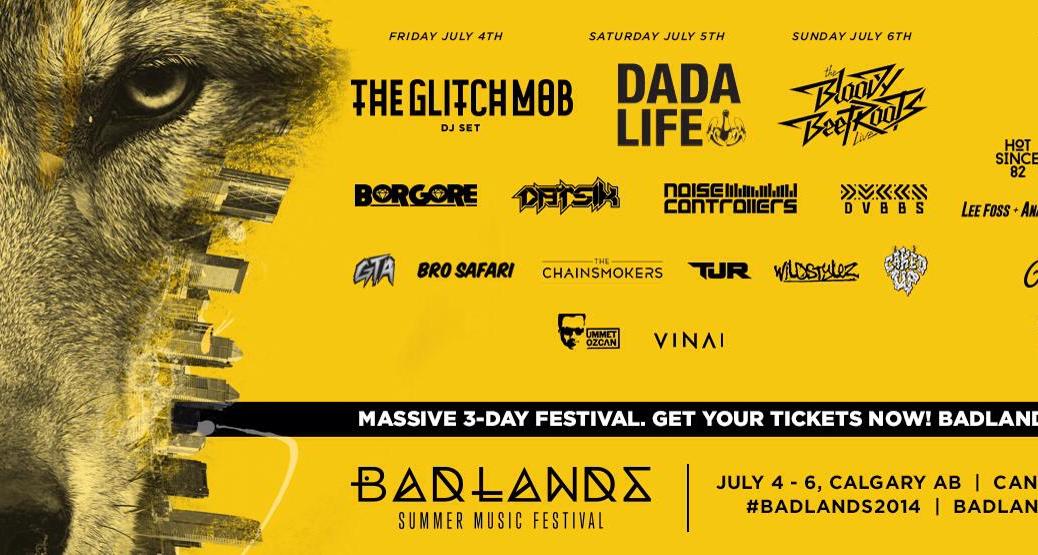 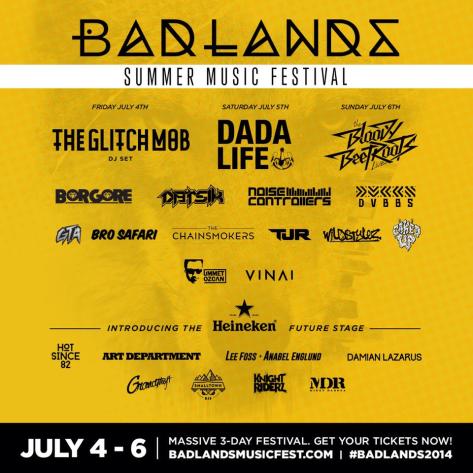 As summer quickly approaches, so does the difficult task of choosing which festivals you’re going to attend followed by the tedious task of planning and preparing the funds and means of travel to get to them all. With this in mind, we thought we would help our western Canadian friends out and even our neighbours down south along the coast with our TOP 5 WESTERN CANADIAN MUSIC FESTIVALS series, showcasing some of our favourite festivals around the Canadian west coast. Coming in at number 5, although only in its second year is Bad Lands Music Festival. Located in Calgary, Alberta, Canada and taking place on the weekend of July 4th-6th. Coinciding with the start of the Largest Outdoor Show On earth the Calgary Stampede, it’s guaranteed to be a very highly attended and energetic event with great people from all over the country. This three day party will take place rain, snow or shine as festivalgoers from last year will attest, no matter the conditions this show will go on. Last years event was Bad Lands Music Festival first year. With headlining acts such as Kaskade, Pretty Lights, Adventure Club, Steve Aoki and Excision too name a few they sure started off with a bang. The 3 day festival went off sending calgarians into a frenzy having never had a locally run and operated festival before. The Periods of massive downpours of rain and Muddy dance floors weren’t enough to slow down the show or energetic crowd which is what turned us onto this wonderful festival and has us super excited for this years event.

This year’s Badlands promises to be everything and more than last years event, as the whole team behind it has worked hard to bring you Calgary’s biggest and best outdoor festival to date. The main stage will consist of a 150, 000 Watt PK sound System which will see the likes of Glitch Mob, Dada Life, Bloody Beetroots, Borgore, Noisecontrollers, DVBBS, The Chain Smokers and Datsik grace it amongst many other international headlining acts. Ontop of the main stage they will also be introducing the: Heineken Future Stage. A new stage to show off the up and coming talents that are soon to take over festivals and headline events all over the world. Featuring acts such as Hot Since 82, Grandtheft, Knight Riderz, and Calgary Locals and top DJ Duo Smalltown Djs, just to name a few.

The festival will take place at Canada Olympic Park, which was used in the 1988 winter olympic games for various winter events such as bobsledding, luge and ski jumping. The festival has capitalized on that this year and are offering up Adrenaline Packages which include a Summer Bobsleigh Ride where the rider and 3 friends will be driven down a professional bobsled track by a professional driver reaching speeds of 100kmh while experiencing 4 G forces as you twist and turn down the full Olympic Tack. For those who are craving to go faster they are also offering a Zip Lining experience where the traveler will reach speeds of 140kmh.

This year Bad Lands is improving everything With the main stage tucked near the bottom of the ski hill facing west, the view of the sunset at night is sure to generate an inspiring and memorable time for everyone and create a priceless background for photographers and sky gazers alike. The second stage is conveniently located in a tent near by making travelling from one stage to the other a breeze and keeping your options available. The festival has provided goers with a layout of the festival below. 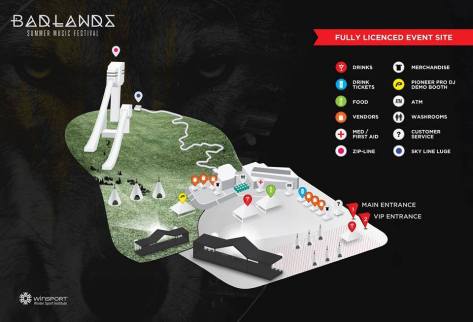 The festival will also be offering a complimentary Bus service to all ticket holders. The pick up location is at the Crowfoot C-Train station ( 1860 Scurfield Drive N.W. ) You will be able to catch a ride from the ctrain everyday too the venue between 3pm-7pm and will be able to return to the station between 10pm-1am. (More info on the shuttle here https://www.facebook.com/notes/badlands-music-festival/shuttle-bus-info-badlands2014/792837997416622 ) This and is an 18+ event. Both 3day GA passes are available as well as Single Day GA passes and VIP Passes. To Buy tickets and for ticket pricing go here http://badlandsmusicfest.com/tickets/ ) The venue has on site parking for a daily fee of 20$ with no overnight parking allowed. so take advantage of the shuttles if possible.

Too kick off our TOP 5 WESTERN CANADIAN MUSIC FESTIVALS with a bang Aqua Audio has hooked us up with 2 General Admission tickets for a giveaway. If you would like to enter to win TWO FREE General Admission Passes sign up below. Ticket winners will be announce on Wednesday July 2nd. Follow us on Facebook, Instagram and Twitter for the most chances to win. 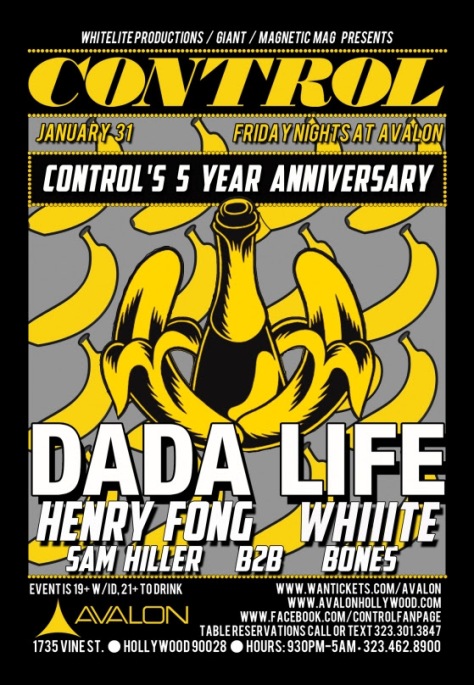 Five years down the line CONTROL remains an effervescent jewel in the Los Angeles party scene, this weekly party has featured some of the best up and coming talent in the likes of Hardwell, Skrillex, Jack Beats, Dillon Francis and Major Lazer. This Friday we’re celebrating the 5 year anniversary of Control at Avalon Hollywood in a huge way with Dada Life, Henry Fong, CONTROL co-founder and resident Whiiite plus Sam Hiller and Bones. If you know anything about a Dada Life performance then you know we are all in for a treat when this duo takes the stage and brings the rage. 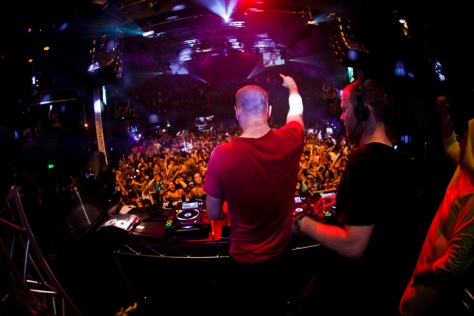 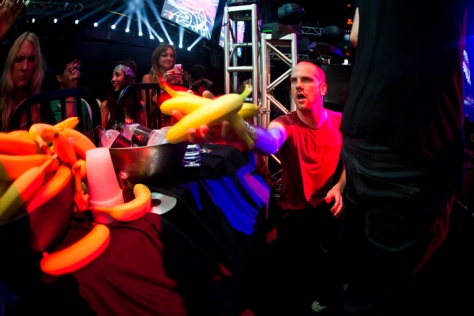 For those in the know, CONTROL’s secret guests have become a staple in the club world. Whether it’s Skrillex hopping on with palls 12th Planet & Alvin Risk, or Dillon Francis’ frequent appearances with the likes of Jack Beats and DJ Snake, these moments are always memorable for all in attendance. We’ve worked with Control in the past and we can assure you there will be tons of surprises this friday. Hollywood better be ready to lose Control, because it’s coming and it’s coming fast!

Tickets are completely SOLD OUT, they will not be selling tickets at the door. 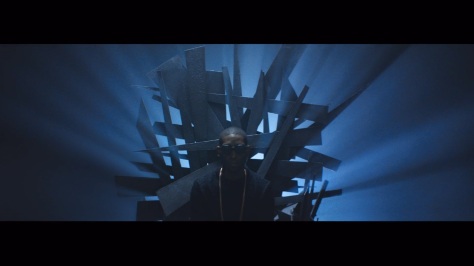 2013 has seen 3 No.1 singles for Ministry of Sound, with hits coming from Bingo Players, Duke Dumont and Storm Queen. With 2014 in its sights, the world’s most successful dance label is gearing up for its next crossover hit with DVBBS & Borgeous’s ‘Tsunami (Jump)’, with a new vocal from Brit superstar, Tinie Tempah, following his previous featured hits with Swedish House Mafia and Calvin Harris. The epic performance video was directed by Fred Rowson, who commented: “From the moment I heard this track with Tinie’s vocal, I knew that the video would have to be visceral, distinctive, and have real swagger. I wanted it to be iconic, with an industrial, almost gothic aesthetic that we’ve created through the colour scheme and the physical installation that we built. The choreography is central to the way the video develops, and I took Rick Guest’s Royal Ballet photography as a reference point for how we’d portray this. We’ve edited the performances so they build in intensity to really capture the tone of the music”. The instrumental of ‘Tsunami (Jump)’ has already hit No.1 across Europe and on Beatport, clocked up 60 million collective YouTube views, over 800,000 Soundcloud plays, and received repeat UK radio support from Radio 1’s Zane Lowe (who has just premiered the vocal version on Radio 1), Pete Tong, Diplo, Danny Howard, Greg James, Diplo and Annie Nightingale, plus spins from Mistajam at 1Xtra. To date, the track has spent 14 weeks in the Shazam Top 200 chart, peaking at No.13 in the Top 20 pre release chart. DVBBS are Canadian brothers, Alex and Chris. The duo’s early singles ‘Initio’ and ‘DRVGS’, have taken the global EDM community by storm, and with shows alongside Deadmau5, Calvin Harris, Rusko, Eric Prydz, Dada Life, Borgore and Steve Aoki, they’re rapidly becoming one of North America’s hottest live DJ tickets. LA’s Borgeous is another producer riding the crest of EDM’s next wave. His original productions ‘From Cali WIth Love’, ‘GANGSTEROUS’, ‘Rags To Riches’ and ‘Aggro’, alongside remixes of Rihanna’s ‘Pour It Up’ (with The Cataracs) and his reworking of Ciara’s ‘Goodies’, have brought him much acclaim in 2013. The inimitable Tinie Tempah has just dropped his second album, ‘Demonstration’, featuring collaborations with Diplo, Pharrell, Zane Lowe, Paloma Faith, Labrinth, Naughty Boy, Dizzee Rascal, 2 Chainz, Emeli Sandé, Ellie Goulding and the Chemical Brothers’ Tom Rowlands. Following the success of Showtek’s ‘Booyah’ and Martin Garrix’ recent No.1, ‘Animals’, ‘Tsunami (Jump)’ is the next harder-edged EDM anthem to cut through in an ever-shifting dance music landscape.